Located in the village of Llanos de Don Juan, Rute, Córdoba. In the center of Andalusia, the house is ideal to ensure your privacy as it is completely surrounded by a wall of 2 meters high, and know from here some of the most important towns in Andalusia with excellent communication to visit in less of one hour cities like Málaga, Antequera, Granada, or Córdoba. And an hour and a half from Seville or Ronda.

House decorated with charm, discreet and functional furniture. Where you can find everything you need to spend a relaxing holiday, WIFI throughout the property.

Main house: 3 rooms all with smarTV and air conditioning, 2 double rooms with double beds of 1.50 m and 1.35 m and a room with 2 beds of 0.90 m, where 2 more beds could be placed, 3 full bathrooms and an additional bathroom next to the pool with shower, games room for children, large living room with air conditioning of 25 m2 and wood-burning fireplace, terrace and patio with private pool 14 m long and night lighting with steps access, solarium with 2 hammocks for sunbathing, WIFI, smart TV with Netflix and HBO, satellite dish, barbecue, ping pong table, dartboard, children's games, kitchen with ceramic hob, oven, dishwasher, American-style refrigerator, blender etc...

Wooden house: made entirely by us with 2 floors, with 60 m2. On the ground floor it has a kitchen with a dishwasher, a living room with a smart TV and a sofa bed, a bathroom with a shower, and on the first floor a large bedroom with a double bed and a 2-seater divan. Air conditioning on both floors.

We also have a 30 m2 covered porch with barbecue, refrigerator, sink, and wood oven to make your stay more pleasant.

As an activity that we would first recommend you to do is visit the office of tourism in Lucena, just 6 km from the house, offers many tourist attractions , from its history, represented in buildings such as the Castillo del Moral and the old palace of the Medinaceli, the Church of San Mateo , House of the Counts of Santa Ana or Casa de los Rico de Rueda, its artisan tradition, especially in goldsmithing and pottery, its gastronomy, of which they show their wines and, finally, your parties, you can also take a bike route from the old Tren del Aceite train station , where the green lane of the Subbética passes, one of the longest in Andalusia.

Rute, famous for its shortbread, and liquors, where you can visit the museums of the Andean Ham , from the polvorón, etc., where they will be given free tastings of their products and is located 13 km from the house.You can also visit Garganta del Rio la Hoz about 20 km from the house, or Millenary Oak declared a Natural Monument by the Ministry of the Environment of the Junta de Andalucía, just 2 km from the house.

Neither should they stop visiting Iznajar, 26 km away , a village completely surrounded by one of the largest reservoirs in Andalusia, with Valdearenas beach, where you can enjoy water sports such as rafting on the Genil river, or Kayak

In the town of Cabra , 12 km from the house is the Infanta Margarita Regional Hospital, a city very rich in heritage , such as the Municipal Auditorium, Interpretation Center of the Train of the Oil, the Hermitage of the Virgin of the Sierra from where you can see a large part of Andalusia, or the Source of the River .

Priego de Córdoba to 29 km , one of the most beautiful villages in Spain, where you can see the Barrio de la Villa, the Balcón del Adarve and the Fuente del Rey, Royal Butcher's Shop , Arab Castle from the 13th and 14th centuries or the monumentality of the best Andalusian Baroque in its churches such as the Church of the Assumption of the S XVI.

At about 85 km is Antequera , where besides the city you can visit one of the most impressive geological formations in Southern Europe, The Torcal de Antequera, specifically in Villanueva de la Concepción, as well as the archaeological site of Antequera dolmens , a World Heritage Site.

CITIES MORE THAN ONE HOUR

The beaches of the Costa del Sol in Malaga are 100 km from the house, where you can visit the Picasso Museum, the Alcazaba, or the Port of Malaga.

The city of Ronda at 135 km , famous for its historic center, bullring, or impressive Tagus.

The city of Córdoba at 85 km , a World Heritage Site where you can visit the Cathedral Mosque or Medinat Azahara 12 km from the city:

The city of Granada, where Alhambra Generalife is located, 95 km . If you are interested in visiting the second most visited monument in Spain, you should get tickets well in advance on the internet as they run out very quickly.

And, finally, we recommend you, to visit the cities historical centers of Úbeda and Baeza in Jaén to 150 km , World Heritage cities.

Suitable for elderly or infirm 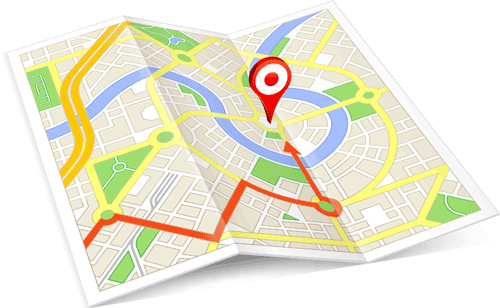